My mother is an Italian girl from the lower east side of Manhattan, and my father was a German from New Orleans who fought in World War II in the Pacific at the age of 18, entering just after Pearl Harbor. They met under the moon in Miami in the 1950’s and I am the eldest of 3 sons.

As a native South Floridian, having grown up in North Miami Beach and attended Chaminade high school in Hollywood, I am a product of the community as a whole. My wife and I have lived in the same neighborhood for almost 30 years. We are entrenched in the community and are fortunate to have 2 successful sons who are in the same industry as their dad.

Being a licensed insurance agent for more than 25 years has allowed me to participate and be a part of our region’s growth and development. Rolfs Insurance Services began functioning as a standalone independent insurance agency In January 2014. Since then, we have grown not only in client base but also in markets and staff. Twenty five years of experience has formed an ideology where a client’s best interest is at the heart. Nurtured with a culture of caring, we believe that our service helps people t

Call Rolfs Insurance Services to get an informed choice that provides peace of mind, and the knowledge that you have proper financial protection in place — 954-251-3312 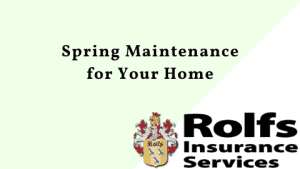